Must to know facts about Ebola virus

August 13, 2014
The number of deaths due to Ebola virus has mounted to 1000+, WHO has declared this as an international emergency. Ebola is widespread in North-Eastern Africa, mainly in Liberia, Sierra Leone and Nigeria etc. With precautionary measures, govt has asked to check everyone coming from affecting countries and is expected we have one confirmed case in Pune.

So, it's better we at least know its symptoms and precautions we can take to protect ourselves from this deadly virus.
It is as dangerous as you can think, according to doctors it can be transmitted even through eye contacts, the sweat of person affected, saliva and almost everything you can think of. So the patients suffering from Ebola virus are kept at complete isolation and doctors treating them need to wear a special mask.
Here is one picture describing the must to know facts about the Ebola virus. 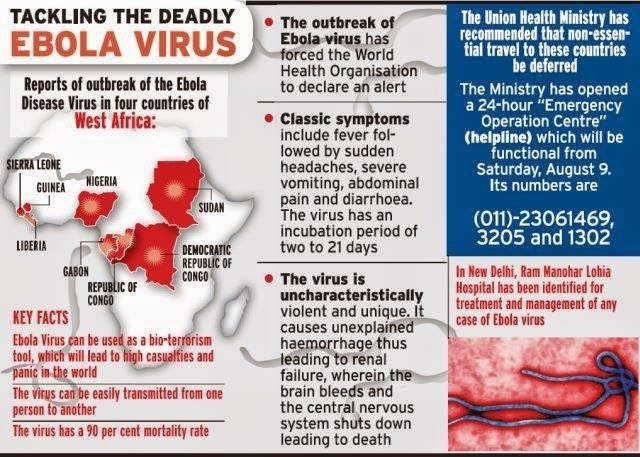 October 16, 2019
Sandeep Panda (born: 23rd July 1995) is a singer, music composer, lyricist & producer, Sandeep mostly works for Odia film Industry. Sandeep Panda is one of the emerging new talents from odisha. Sandeep debuted with his own composed video song "Love - A mistake" which was released on OdiaOne channel, his cover of "Kalank" song has more than a million views.


Early Life
Born in a modest family to father Manoj Panda and mother Padmabati Mishra in Dhenkanal, started learning Hindustani classical at the age of 8 from guru Ganesh Mishra but later moved to Bhubaneswar. Though having classical background Sandeep likes making soft romantic and rock music. Sandeep gives a lot of credit to his father because he was the one who wanted him to be a singer.

He started doing shows from the early age of 10 and soon he had numerous awards in his craft. After completion of B.Tech from GIFT Engineering College, Bhubaneswar he moved to Pune.